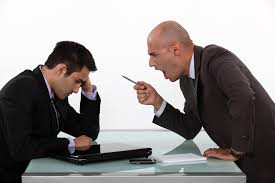 Great leadership is as much about what not to do, as it is about what to do.

Here are 5 key things to avoid:

Micromanagement is an out-dated an ineffective style of leadership centred on closely observing and controlling everything that employees do. Many business leaders use it as a way of ensuring that tasks are performed in a very specific way – their way – but, as you can imagine, this is actually very limiting for business, preventing employees from contributing in ways that managers can’t.

After being micromanaged, your staff will begin to feel like they’re losing their autonomy and become dependent on you, rather than having the confidence to perform tasks independently without your constant guidance.

At the same time, when you drastically limit your style, you limit your ability to manage.

Micromanagement is also extremely damaging to trust. Rather than seeing you as a manager, your staff will see you as a tyrant and will lose the desire to do anything but that which you demand, and little more. No one will step outside the proverbial box or go the extra mile for a task.

Instead, employees should be able to make their own choices and contributions to a project. Leaders ask for their ideas. When your employees aren’t dependent upon you, they’ll continue to think on their own – and when employees have the freedom to think on their own, great things can happen.When you empower staff, you create a positive and productive workspace.

Rather than hiring in your likeness, you should hire to cover your weaknesses. Establish what qualities are most important to your business as well as your main strengths and then hire people to bridge any gaps.

“There are three main types of people in business: movers, connectors and creators. Connectors know who to talk to when, and are great in sales; movers know how to run a business with momentum and foresight, and creators are the visionaries,” she says.

“Work out which one you are and which qualities are most important to your business, and then hire to fill the spaces.”

“A few years ago, I hired a new general manager for one of our divisions. After he took the role, he joked about the eight-round interview process, but then said he was relieved to see the pace at which we moved internally,” Reed says.

“You have to know what the really important decisions are and make sure you invest in getting them right,” he says.

“When you doubt yourself, your business will weaken and others will lose trust in you,” Milasas says.

Better to “trust your gut instincts”, she says, and lead with decisiveness.

“I have a colleague who has an instinct for what is going to create growth within his business, and is often making decisions that others question,” she says.

“The choices he has made have expanded the company into over 170 countries in the last 13 years.”

Reed says he also values the hunch rather than the head, when making decisions.

“The best advice I was ever given was from a former CEO who said if things don’t feel right, don’t do them – wait and understand your intuition before you proceed,” he says.

Milasas says leaders who close off to change are the ones that can’t adapt, and, ultimately, fail.

“If you planned to have a business selling orange juice and spent months planting the seeds, only to find the trees grew lemons instead, would you cut it down or change your business offering? When life gives you lemons, make lemonade. Be open to all changes in your business,” she says.

Wyatt, who also runs successful global marketplaces BikeExchange, TiniTrader, House of Home and Outdoria, says leaders often make the mistake of focusing on “small changes” that have little or no impact.

“If nothing changes, nothing changes. In this fast world, successful leaders need to be progressive change agents. Make changes that have big positive impacts,” he says.

Having an open mind is a great way of presenting the company in a positive light, both internally and externally, Wyatt says.

“You don’t want to be shut off to new ideas and implement a culture whereby your staff are afraid to make suggestions and, ultimately, help keep your brand fresh and relevant,” he says.

Milasas says making quick and limiting judgments is a good way to drive away business.

“When people come to your business, do you instantly evaluate how they look and their likelihood of spending? Do you judge your staff, clients or customers?

“I once did a mentoring session with someone who had a business working with animals and decided she didn’t want children in her classes. Working through this judgment with her, she learnt to enjoy kids in her classes and guess what – they bring a lot more paying adults to her classes, too.”