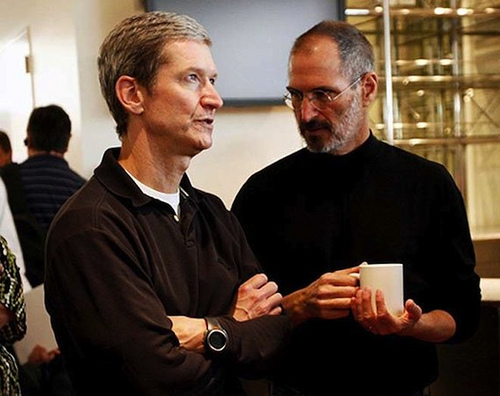 CEOs find themselves having to do a lot of work in the public eye during their day to day life, but how often do you find them being interviewed on television? Not very often.

More inclined to speak to the newspaper and magazine press, CEOs often shy away from the camera by taking the attitude that there is more to lose than gain in television appearances. Nevertheless over the last 6 weeks, CEOs including Apple’s Tim Cook and Uber’s Travis Kalanick have appeared on the recently debuted Late Show with Stephen Colbert which many critics have found refreshing.

Typically shows like Colbert’s are reserved for entertainment figures who are scheduled to appear in order to promote an upcoming release. Indeed talk shows serve as an excellent platform for those in show business to sell their product (a film, album etc.) with the host usually serving up softball questions that create a humorous atmosphere that is easy for viewers at home to take in.

Nonetheless since Colbert’s show debuted last month, we have seen CEOs from Apple and Snapchat to Uber and Tesla appear, with Netflix executives supposedly in negotiations to take the stage next.

Suffice to say moving beyond celebrities to interview CEOs of major technology companies is an interesting move. Emily Lazar, co-executive producer of the show, said that these “innovators are as powerful right now as any other person you would have on a late-night talk show” and that viewers want to see the individuals behind the famous brands.

Nobody would disagree that the likes of Cook, Elon Musk and Kalanick are major influences on contemporary life today. They are behind the technology that our mothers, fathers, children and grandchildren use on a daily basis and therefore people are curious to want to know more – but is it a wise move for CEOs to appear on chat shows?

So far the answer to that question is an emphatic yes. The chief executive officers who have appeared on the Late Show have all been successful in utilising questions, including ones about their personal background, to their advantage. Apple CEO Cook was asked about his decision to come out as gay last year – which to his credit he handled very well. Meanwhile Tesla CEO Elon Musk gave a creative answer to a question when he said that dropping nuclear weapons on Mars could warm the planet up. Moreover Uber’s Kalanick’s interview was interrupted by two cab drivers in the audience who criticised Uber’s impact on the industry, which resulted in a fruitful discussion which was honest and original for a talk show.

It is fair to say that many senior executives approach television interviews with extreme caution. But with Colbert providing a platform for CEOs, are we seeing a change in approach? From Cook to Musk, all the Late Show interviews have been successful in showing a human side to CEOs that is rarely seen. It reminds people, that like the rest of us, CEOs are working people too.