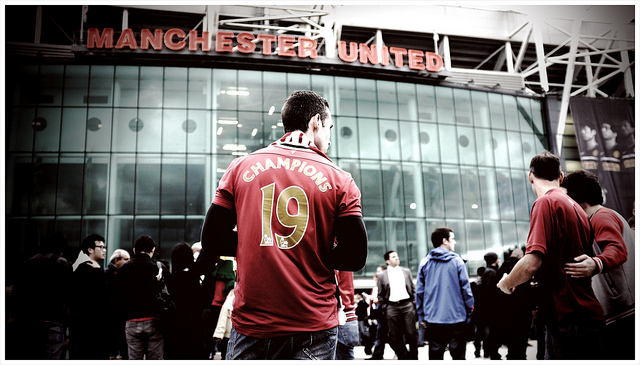 Ed Woodward and the Pressure of Leading Manchester United

Since succeeding the outgoing David Gill in the summer of 2013, Ed Woodward has endured a difficult time as executive vice-chairman of Manchester United football club.

Woodward, 43, has been under intense scrutiny for failing to seal transfer deals for a number of acclaimed international players including Real Madrid’s Sergio Ramos, and Pedro Rodriguez, formerly of Barcelona.

Just this week, manager Louis Van Gaal was forced to speak publically in defence of Woodward, stating that he trusts the judgment of the man in charge of the club’s recruitment.

The case against Woodward’s ability to lead the world’s biggest football club did not start this year however. When he replaced David Gill in the summer of 2013, Woodward had a huge task on his hands, especially as Gill had received universal acclaim for his ability to turn Manchester United into an even bigger enterprise.

Woodward also had to contend with a new manager at the start of his reign, after Sir Alex Ferguson decided to retire, meaning that he had to adapt to his new role while overseeing the club’s first new manager in 26 years.

Truthfully speaking, Woodward went onto endure a torrid first summer at United when he was only able to bring in one signing. His failure to recruit cost United dearly, with their worst Premier League finish and the sacking of new manager David Moyes.

The following summer Woodward’s fortunes improved, with new signings impressing fans. However, since July of this year, whilst other clubs have strengthened, United have struggled to recruit. Deals for numerous players have failed, despite the club appearing to be in good negotiating positions.

Indeed Woodward’s difficulties with settling in as vice-chairman has illustrated two key factors. The first is succession planning. It is fairly obvious that when an outgoing manager of 26 years leaves a club on the same day as the chief executive, there is always going to be a long and hard transition period.

The second point is dealing with media pressure. All CEOs and chief executives of big corporations have to deal with it. Although, unlike working for a football club, most executives are able to do their work on a daily basis without being photographed and followed by the mainstream media. Woodward, who was largely an unknown name to most people before his promotion, is having to adapt to being a media figure which happens when you are employed in a prominent position at a billion dollar sporting brand.

There is no question that Ed Woodward is a fine businessmen. In his previous role as commercial director, he was lauded by many in the football business for being one of the smartest, most ambitious individuals around. However, unlike most working people in society, he is having to adapt to a new role in the public eye and when he makes mistakes, we all see. He must continue to grow into the job, using his past failures as inspiration for his future successes and learn to deal with the media scrutiny that comes with the role.