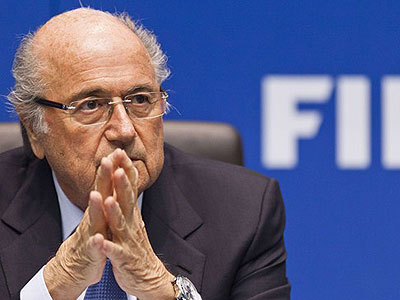 The latest management crisis in FIFA has amplified yet again the importance of strong leadership if companies wish to succeed. With the recent resignation of Sepp Blatter, after his controversial 17 year tenure as president, FIFA will now have to look for a long term restructure to regain stability and the trust of the public.

Strong management is a key component of a sustainable business, yet a vast majority of business leaders believe that leadership is consistently one of the biggest challenges they face. In a recent survey of HR managers and business leaders, 86% agreed that good management structure is an issue and a major pitfall on a yearly basis.

FIFA’s upper echelon of management have been plagued with accusations of bribery and corruption for years, with multiple footballing bodies proposing a boycott of the World Cup. UEFA President Michel Platini suggested a plan to oust Blatter, which was met by a mixed response from some of the major European nations. The public fallout from the power struggle between FIFA and UEFA’s management has shown the necessity of having a good reputation throughout an international business.

Blatter’s re-election, just 4 days before his resignation, was also mired by the arrest of many high ranking members of FIFA. A total of nine officials have been indicted after arrests in Zurich and since then Heather Rabbatts, a key figure in FIFA’s anti-racism and discrimination taskforce, has decided to step down from her position. Rabbatts, who was influential in bringing ex-England star Rio Ferdinand onto the board, is well known for her stance on improving FIFAs racial image, but found the position untenable due to the “disastrous effect on FIFA’s reputation (because) of recent events.”

Platini now appears to be the forerunner for the position, with FA Chairman Greg Dyke stating that strong leadership from Platini would be necessary to restore the tarnished reputation of international football. In an era where all but the very loyal have lost trust in organisations such as FIFA, leaders such as Platini will have to provide a long-term, robust and most importantly honest leadership programs in order to regain the trust of jaded critics.

Reputation is paramount for any business, and in this case it won’t be a quick fix. They will need to develop a group of leaders that are ready to engage with the general public, providing innovative long-term plans in order to prosper.